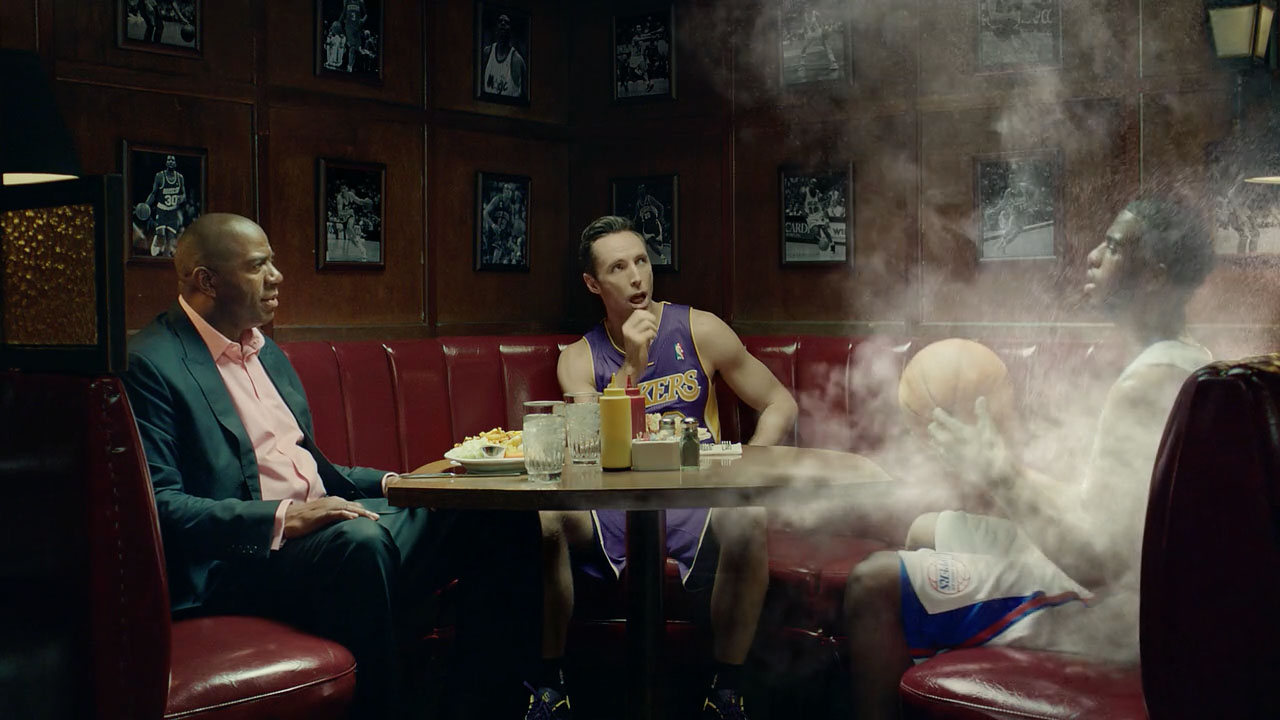 The spot, “Disappearing Act,” will break tonight (Jan. 9) during the Lakers at the San Antonio Spurs game and Dallas Mavericks at Clippers, both on ESPN, and then go into regular rotation across NBA media partners.

The first BIG spot from Lee, “King of New York,” broke on Christmas Day and was an homage to Bernard King and the game in 1984 in which he scored 60 points for the New York Knicks against the then New Jersey Nets. …more

On Christmas Day, 1984, Bernard King of the New York Knicks went ball-istic against the then New Jersey Nets, scoring 60 points during a game in Madison Square Garden.

On Christmas Day, 2012, the NBA will unveil a commercial under its BIG umbrella campaign, “The King of New York,” that looks back at the game, during which King set a Knicks’ single-game scoring mark that still stands.

The new spot is directed by and stars über-New York Knicks fan, Spike Lee, who recalls the game as being one of his all-time favorite Knicks’ moments at “the world’s most famous arena.” …more