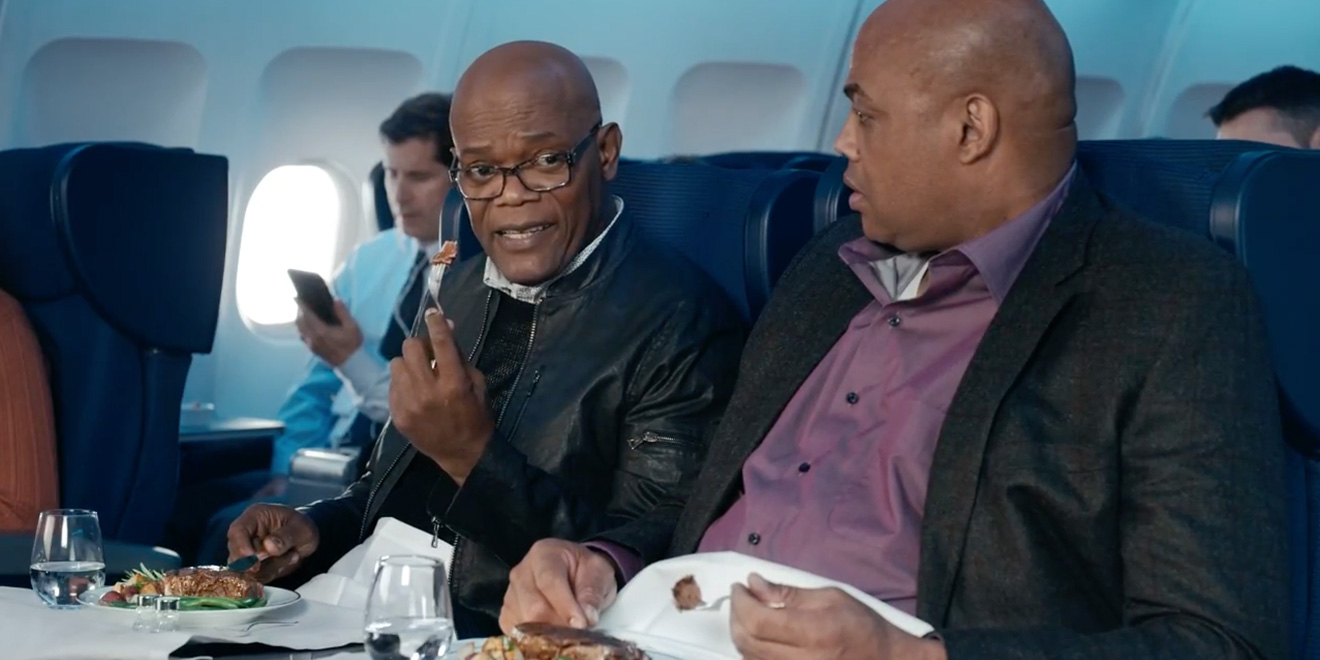 Charles Barkley, Samuel L. Jackson and Spike Lee are eating steaks on a plane—and Barkley goes to some lengths to get Jackson to say it out loud, much to Lee’s glee—in Capital One’s latest March Madness campaign from DDB Chicago.

A cheeky reference to Jackson’s infamously on-the-nose 2006 film Snakes on a Plane, the scene captures the kind of antics the trio perform in six new ads, which launched Sunday and follow the baller, the actor and the director as they try to enjoy college basketball, and mock each other relentlessly.